Dan Wood is a CDL (Commercial Driver’s License) Scholar from Roanoke. He received his credentials in the Spring of 2022, but his dream of driving for a living has been years in the making.

Wood began his studies to obtain his CDL back in 2016 but withdrew from his program to focus on providing for his three children as a single father.

“I wanted to generate more income,” says Wood. “I was working in road construction but wanted something that was still hands-on and could provide for my family.”

CDL drivers make $22.65 an hour on average, according to the Bureau of Labor Statistics. And with the right carrier, drivers can still be home on a regular basis.

Years later, Wood heard about the Virginia Ready Initiative from a friend in Newport News who connected him to an upcoming CDL program. Four weeks later, his training at Tidewater Community College was complete and he was on the road to a new life.

“It’s the most strategic move I could make,” says Wood. “I can’t say thank you enough. Best thing that ever happened to me.”

There are thousands of CDL driver positions open in Virginia– almost 7,500 on Indeed.com. It’s a big opportunity for Virginians who want to generate more income, have a willingness to learn, and have a clean driving record – one of the most important requirements to find employment in the industry.

Even though there are a lot of positions out there, Wood decided to go another route. Since completing the program, he has started his own trucking company: Let’s Go Transport LLC.

“Jump in headfirst!” encourages Wood. “If change and financial stability is what you’re after, this is what you want.”

Dan is now one of more than 900 VA Ready Scholars credentialed in the CDL program, our most popular supported path.

Check out all of VA Ready’s supported courses to start your journey to a new job today! 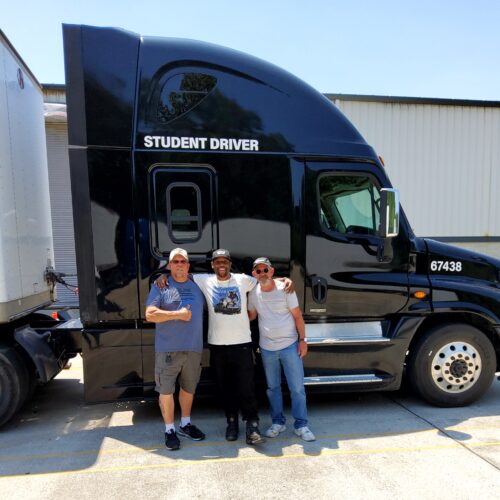